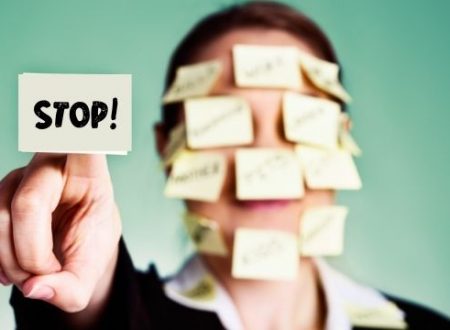 Can hyper-productivity ever be a bad? When the first lockdown happened, pivoting and agility was all the rage. Numerous participants we spoke to were tasked with transforming and adapting business models to respond to an unstable landscape.

We found that middle managers and operational staff, especially, were overwhelmed and unprepared to implement changes.

In the absence of tools and implementation frameworks, one manager told us that he (we’ll call him Kevan) began by thinking that the solution was to do more and do as much as possible.

Kevan’s hyper-productivity was impressive. He was in charge of a three-person marketing team in a food manufacturing business. Kevan was tasked to set up marketing campaigns as food delivery and retail businesses went online.

Yet, by his accounts, Kevan went above and beyond his manager’s expectations. He also coordinated stock management with the merchandising team and contracting delivery riders directly.

It was high-stress and painstakingly laborious, but all too-familiar to other managers in the session. He wanted to do well, so he did more, mistaking productivity for performance.

An example he gave us was how he made sure to wake up at 3 am to compile progress reports to arrive in his manager’s inbox before the next working day started.

Looking back, however, Kevan says that it caused more harm than good.

“I was a hamster running in a wheel, and I couldn’t stop. I thought my efficiency would impress my managers, but over time it became an expected performance baseline.

“Soon, I ran out of steam and slumped. My attitude towards work changed dramatically. I wanted to quit.”

Kevan’s story is not unique.

Here are five reasons why hyper-productivity can do more harm than good.

Doing the same thing and expecting the same results is the definition of insanity. While we’ve popularly misattributed this to a great thinker – Einstein – it doesn’t take a genius to figure out why it’s true.

Doing more of the same did not give him better results. “I was given instruction, and I just ran. I should have asked for specific feedback or step out of the hamster wheel to evaluate what I could do better.”

“I mistook agility for reacting quickly to change. I should have responded instead of reacting; and forgot to step back to evaluate my output and see how it connected to the big picture.”

2. Hyper-productivity loses out on strategic thinking

Although it was not expected of him, Kevan shares that it was a missed opportunity to begin thinking strategically.

A key insight from his campaign was that the lag time between customer orders and delivery caused poor customer experience, partly because of operational efficiencies. Kevan knew this but did not investigate nor present the problem to his manager.

“I lacked that strategic thinking at that time, but two weeks in, I realised those customer complaints began piling up so badly that I had to notify my CEO.”

“Our problem evolved from just having poor delivery times to serious PR damage control. I saw it in the numbers before it became a reality – but I was too busy.”

From our participant’s feedback, we found that most ambitious managers responded by cramming as much as humanly possible into a single day.

Working from home exacerbated this because Kevan was eager to show his manager that he could be trusted and step up and run his function independently.

His weekly progress reports consisted of every single action he completed. “I mistook busyness for productivity – I should have told my manager what I have accomplished instead of what I have done – that would have reflected better on my growth as a leader.”

Read: Are you a busy donkey or a productive unicorn?

4. Forgetting to ask for help

Kevan was an ambitious manager, like many of our participants in our session. He wanted to take on more responsibilities and show his managers how he could eventually grow into a leadership role.

In over-loading himself with work and the daze of hyper-productivity, Kevan forgot that the business’s success or failure was not just on him – it was a burden and responsibility he should share with his team and across functions.

Kevan says that his enthusiasm to over-deliver hit a wall when he ran out of steam. Crucially, he reflects that he lacked the perspective to take on a growth mindset instead of a fixed mindset.

When his efforts failed to make a difference, he retreated and became bitter. This bitterness then fueled his work — and it was not pretty.

“I began sniping at colleagues, my emails were curt, and even though they couldn’t see my facial expressions on Zoom, I was extremely bitter that my hard work was not appreciated.”

“This all changed when I realised that I stopped learning. It was like a curse. I forgot to develop myself and my team further and learn how to be resilient and to course-correct relentlessly. I saw failure as an end, not as a restart to a journey of growth.”

No one ever intends to miscommunicate, yet it happens so frequently and at a high cost to productivity. Learn how you can avoid this tragedy: Workplace miscommunication is a tragedy.

Learn how to help your people recharge and rejuvenate through D Jungle People’s webinar, Resilience: Strategies to Play The Long Game. For info, e-mail: [email protected]