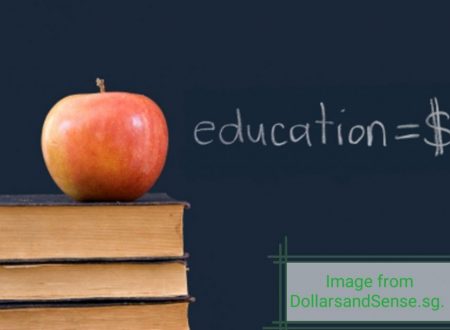 When I was a teenager, everyday before I hopped onto the bus sekolah, I would go to my father’s desk, pulled open the drawer and picked up two 50 cents coins as my pocket money.

And inside the drawer were also several marked envelopes with budgeted money for various household expenses. Right on top of the stack was always the one marked ‘Tuition’. Inside was RM120 which was half of what was inside the envelope marked market/food.

The comparatively high proportion of his budget on tuition fees for my two siblings and I had always been a reminder to compel us to do well in our studies.

So for generations, especially for the Chinese who had always regarded education highly in the priorities of life and the ticket to wealth and security, investment in tuition for their children was insurance against failure.

This has inevitably given rise to a rapidly expanding shadow education industry in Singapore where, almost unbelievably over the last weekend, a newspaper headline read that Singaporean “Families spent SGD1.4b on extra tuition for children last year”.

The Straits Times writer Amelia Teng wrote that the reasons for the increased demand for tuition were better earning power and parents who fear that their children might fall behind in school.

From the cited cases, it seemed like the money spent was not to ensure the children would score and excel in their exams. Instead, one parent who spent SGD1000 a month on her primary 4 child said there were improvements with the child in understanding concepts.

And what baffles me is, while parents want their children to get an edge or a head start in the borderless rat race there was no mention of how much of this individual budget was spent on nurturing their skills that can prepare a student for IR4.0.

According to John Kam, CEO of D Jungle People, a training consultancy: “The more connected we become, the more disconnected we are becoming in real life. We need to pay attention to people skills, when we never had to before, owing to the nature of technology.

“Where children used to play and negotiate with each other they can now get away with texting and social media. So parents need to ensure enough time is spent offline to build communication skills.”

John explains that such skills begin in the playground where children learn to share and negotiate for their turn on the slides. Children have to learn to convince and influence to get what they want.

“Whereas the online resources like bandwidth and screens are so plentiful that the need to negotiate is less. And since online interaction is desensitized, it’s easier to reject someone without considering their needs or emotions.”

While the IR4.0 means technological advancement will take over many jobs in businesses globally, human skills are still required in leading a combined team of man and machine. These skills include problem solving, crisis management and communication skills in a complex environment.

“Problem solving skills in a world that solve every problem you have will stand the child well during times of crisis and conflict. Investing in that helps to build resilience,” John said.

According to the World Economic Forum on the Future of Jobs, two skills that are growing in demand by 2020 are social skills and cognitive abilities.

For the teenage students who will be entering the job market in 4-8 years time are likely join the freelance or contract job market. In fact this is already moving towards that direction.

In view of that, these youngsters need skills that can help them to build a dynamic personal brand with skills and interests that can be traced back to early teens. Future employers will not assess a candidate based solely on his academic achievements.

While the changes remain fluid and there is no definite solution in preparing a teenager for future jobs, it is exciting to know that their chances of securing a job or excelling in one is not dependent on a string of academic achievements.

New job categories will give them a chance to take advantage of their own potentials.

Workplace miscommunication is a tragedy. Here are 5 tips to avoid it.

Even though no one intends to miscommunicate, it still happens at a very high cost to businesses.