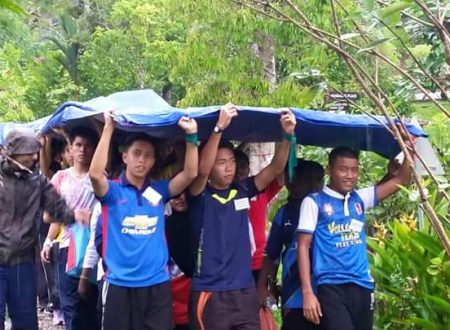 What it would take and what others would give to unravel the enigma that is the minds of millennials. Out of frustration to understand them and to get them to adhere to work cultures, many managers join in the foray to bash them. Siks Mikah takes a different turn and chats with Paul Kam, Group MD of DJP Group for a more empathetic view.

With his vast experience in youth training, Paul Kam should not be surprised by what they say or do.

Yet, each session he spends in a training programme with them he cannot help getting his curiosity piqued by the way they think and the remarks they make.

“When I asked whether a leader should be honest at all times, they have no hesitation to say ‘No!’ and they reasoned that it is impossible to stay honest all the time.” Instead of categorising this as a ‘fault’, of the individual or a system, Paul believes this is a result of a thought process that has been conditioned by the present lifestyle.

“They have a black and white view of the world,” he continues to explain, “and their opinions and approvals come in the form of ‘Likes’ or ‘emoji” which does not leave room for counter arguments or discussions.

“Hence, critical thinking is vastly lacking,” he says adding that old fashion values are also missing in the basic development of these young talents.

In this respect, what complicates matters for the young workforce in Asia is the fact that while their sense of work culture is greatly influenced by the internet the companies they work for are still steep in asian culture and traditions where respect and knowing your boundaries are strongly emphasised.

According to another of Paul’s observations, there is also a generational difference in the way they perceive their careers. While the older generation would find being employed a privilege and would be proud to be working, the younger ones would feel they deserve more pay because they put in work from 9-5 and they do their work efficiently.

Paul feels they have a naive perception about earning a pay rise because from conversation with the young participants they disregard individual capabilities and seniority.

“Their concept of fairness is literally based on their own perspectives so nothing is fair!”

Paul has been entrusted to work with young leaders to help build values based leadership for the past two years and this has been an interesting assignment as the mindset of these young employees prove to be a challenge.

“Lack of courage is one of my main observations. They lack courage in decision making for the private lives and at work.” This is quite an irony as the millennials represent a bold new generation.

Bringing this observation back to the training room, Paul says, “for instance when I ask questions during the sessions the participants would not respond and just sit quietly. But we can’t facilitate (learning) if they do not reply.

“However, this does not mean they are not engaged or do not have opinions. When we give a lecture, they would seem engaged and listen attentively. And, when they are among themselves they would have lots to talk about  but – in their own language.

“Although most of them could speak English they were not brave enough to have a discussion or present their views in English. They are very cautious of being judged,” Paul said.

He also found that they have a curious perception about truth: “If the boss tells them that a matter was private and confidential and cannot be divulged to the client, they would take this as lying to the client!”

“Once we have pointed out to them different perception and ways to come to that conclusion they would show interest.

What we need to do to mitigate this situation is to make analytical thinking starts at home.

“Parents need to stop farming out to schools and start finding opportunities at play to teach children to think. I had that opportunity growing up looking at how my older cousins made wooden guns and toothpick darts and refusing to teach me. Which forced me to figure out how to do it if I wanted to play.

“Or through camping where uncertainty of natural environment forces us to adapt and figure out how to make ourselves a bit more comfortable. Just like what we do at D Jungle People experiential programmes.

“But it would take a whole generation to change this even if employers recognise this now and want the change.”

Siks Mikah gives a moment or two to reflect on everyday scenarios in and about the HR and corporate environment in Chalkboard.Djunglepeople.com, a learning platform by D Jungle People. He believes that humility opens doors inward and outward. Leave a comment on #whatdoyouthink? at [email protected]