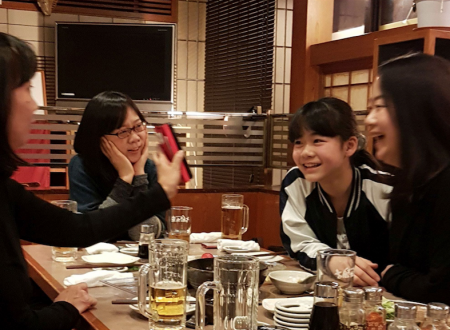 Siks Mikah shares his thoughts on corporate millennials after a recruitment drive, interviewing four candidates between ages 21 and 27.

I spent more than 20 years in an industry that allowed me to work with youth. From Gen X to Z and maybe some in-betweens. I try not to subscribe to the so-called prejudices against them. Being entitled, impatient, want the money and not the work and that the only part of work they know is work-life balance. And so on and so forth.

Recently I had to interview for hire four youngsters aged between 21 and 27. It got me rethinking my liberal defensive responses for these millennials. I am beginning to believe whatever’s causing them to behave the way they do is not inherent.  Sure there is the environment and the digital phenomenon that are largely to blame.

However, here’s why I changed my mind.

Here were the four corporate millennials:

The first was a young man who has just completed a diploma in communications. We were told that this 21-year-old was dyslexic but was able to hold a job.

The second worked in a related industry but had no direct experience in what the job required.

The third was pretty and presentable. A fresh grad from a local university who speaks and writes well in English, Chinese and Bahasa Malaysia.

The fourth was a 27-year-old guy who had more than 4 years of experience in the job. He could do more than what’s required. At this point, take a few seconds to guess who I hired in the end.

No. 4 was mature, had all the experiences and skills I can use. Dressed in loafers and with bloodshot eyes, this man was swivelling his chair as he answered my questions.

No. 3 had a beautiful complexion, big eyes, and spoke well in three languages. The only snag was when asked for the capital of Perlis she wrote Kedah and the inspector general of police was Zahid Hamidi!

No 2 is 24 years old who still holds a job in a relatively well-known company. She was dressed in faded jeans, a slip-on and a casual tee. Threw her knapsack aside, sat down and started talking confidently about how valuable her work experiences were, even though she had worked only 6 months in her present company. Did I mention her asking salary was RM3900 and non-negotiable?

No 1 was a nervous young man with an impressively laid out resume. Although he was also a fresh grad, he spoke like one from an English boarding school articulating every word carefully. He wore slacks, long – sleeve shirt, introduced himself with a firm handshake before sitting down. He replied to every question in full and where he stuttered he would apologise. When he stood up to go, he thanked us for spending time to see him.

What he did wasn’t extraordinary but after having to put up with the lack of it, this supposed ‘ordinary’ behaviour has become a treat. I found out later that because of his learning disability his mother had devoted her life nurturing and training him to be independent.  And she has obviously taught him well.

Soon it made me realized that a lot of what we accused the millennials of being are based on their upbringing. No 1 was brought up by mature parents with traditional values.

You wouldn’t have guessed this young man is dyslexic by the way he solves his problems, plans his work and articulate his thoughts. So you probably have guessed by now who got the job.

Would you have done the same? #whatdoyouthink?

(Siks Mikah believes humility opens doors inward and outward. These are the writer’s own views and do not represent those of D Jungle People.)