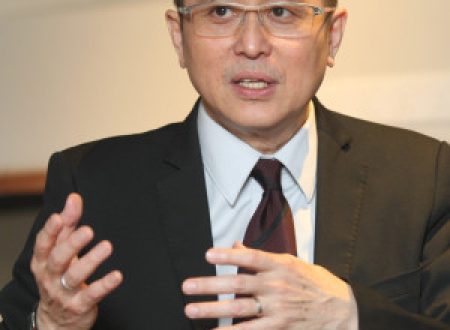 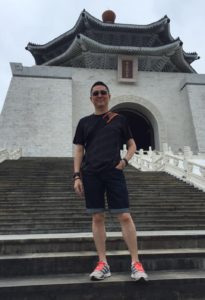 General manager of marketing and sales for a property developer

“There was no substitute for hard work; I had to learn and contribute at the same time.”

1. Please describe the most challenging moment in your career.
In my career my toughest challenge arguably came at a point when I left a multinational, fast moving consumer goods company that I had worked in for almost 20 years. It wasn’t until I had left that I suddenly felt lost; after all, I had worked in one company and one industry for that length of time – knowing the industry so well yet not knowing much of anything else.

The first few months were blissful – I could sleep in when I wanted. I caught up doing things I didn’t have time for earlier – reading, paid attention to some small investments and exercise. I took up yoga. I even did a bit of a ‘stay home husband/father’ stint – cooking and helping with housework – whilst my wife worked and our daughters attended school. We were based in Bangkok then.

It was a while before I decided to go back to the rat race. I realised that it wasn’t easy getting a role that I liked especially with good remuneration and benefits since I had wanted to stay back in Bangkok. The political and economic situation was not good then and multinational companies were not looking to hire more expatriates. I had to look elsewhere, including back home in Malaysia. Having worked away from home for more than two years meant that I had few connections back home. Finally I landed a plum role as the CMO of a start up telco. I thought that the hardest part was over; I was wrong.

My wife had a good job that she liked a lot and our daughters were doing well in a school they loved; we decided that they will stay put in Bangkok. We had to live apart when I returned to KL but thanks to AirAsia, I had reliable and relatively affordable commute home (yes, home is where the heart is) every three weeks or so. I missed my family terribly and have had to start over in a country I was so familiar with back home.

2. How did you circumvent the grueling reorientation to corporate life?
Having been entrenched in one single company and industry for 20 years meant I had to unlearn to relearn. Thankfully, I had used the year off work doing lots of research online, contacted and engaged with a lot of friends and associates so much so that I was unconsciously taking it all in and learning already before I started work so it made getting back to the rat race less of a drag. Thanks to the rapid advancement of the Internet, my learning especially through social media helped tremendously when I dived head first into my new industry. It was tough to say the least; stepping in an unknown territory, having to learn the technical parts of the business, developing new professional relationships and adjusting to a new company that was opposite of what my previous one was. I plunged into it with gusto though, and worked 12-14 hours per day regularly. Weekends when I was not travelling to Bangkok, I worked too, either from home, at the office or going around the city checking up on our dealers and catching up with how they were doing.

I was there for nearly three years and I learnt so much. I realised my past experience also came in handy; that, coupled with my new found zest for most things digital, helped me tremendously. There was no substitute for hard work; I had to learn and contribute at the same time. My learning took two routes – one, research and reading mainly through the Internet, plus speaking to experts – from techy IT, network planning and product guys to street-smart dealers and their teams.

I have since then moved on to three companies in three different industries in senior roles – headhunted to lead a cinema chain, taken on board a low cost airline to run their commercial department and now, driving marketing and sales for a property developer. Each time, the cycle was similar – I plunged head first into the new adventure, using my two-pronged approach. It is not easy. You need to be very diligent and need support both professionally and emotionally. I was blessed that my significant other returned to KL to join me over two years back so at least my home is complete again (almost, rather; as our girls are now in UK).

3. Have you ever thought of giving up during your most dire moments?
Absolutely! If I had thought it would be easier with each move, I was wrong. Would I do it again if opportunities arise? Absolutely! Maybe it’s the satisfaction of having learnt another new trade and meeting new people, widening my knowledge and network. Or, maybe it’s the masochist in me enjoying the pain. Either way, I feel that I have progressed much since my days as a one-dimensional FMCG marketer and I am thankful that I was brave enough to take the leap of faith and crossed the chasm into a totally different industry almost 10 years ago.