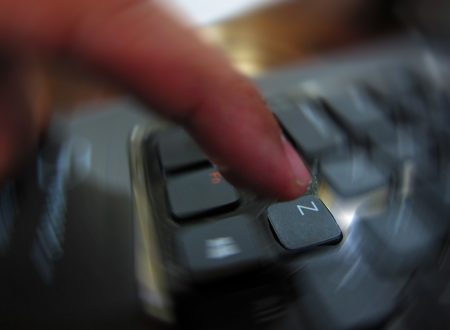 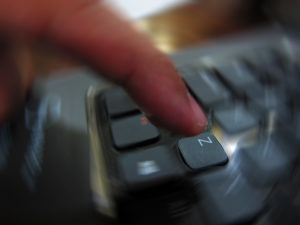 While we steer, veer and manoeuvre around the gen y consumers, their younger contemporaries, the gen z are falling along side creeping slowly into the job market.

If you think the Gen Y is the 21st century enigma as consumers and as a workforce you will probably need to look over your shoulders and see what’s creeping up.
Gen Z is hot on our heels. There is little known about this generation but this year – 2013 – the first batch of them will come of age (18 years old).

Compared with their older fore runners of this century Gen Y, their numbers are fairly small at 23 million globally but they are rapidly growing.

In fact, many have already crept into the workforce having completed their secondary education a year earlier than the expected age of 17. They then take a gap year to work and to get a better understanding of work life.

They are children of Gen X and their birth dates are from 1995-2002. Their parents Gen X are those born from 1966 – 1976, an era rampant with kids from latchkey homes and divorced parents.
Newsweek touted these sets of parents to be most educated and more pragmatic in the building of their families. They practise financial planning and work at avoiding broken homes. Their children, Gen Z, are born smack in the technological age. They dabble with handphones and computers even as toddlers. Their intellectual nurturing is largely supported by electronic gadgets and the internet.

Unlike Gen Y, they are more aware of security, more cautious and more connected. This is because they are born into an environment where global terrorism is rampant and environmental calamities owing to earthquakes, haze and harsh weathers are regular occurrences.

The reality of this challenging environment gets them surging forward to achieve their life’s goals with no hesitation and doing everything they can to have an edge over their peers.

Recently over a coffee meeting, I heard my friend, a senior wealth planner of an insurance firm, described with wonderment the performance of a 17-year -old intern.
The intern who had yet to acquire his licence to practise had managed to close 3 deals within 6 months. He was certainly a young man in a hurry to follow his parents’ footsteps to be an entrepreneur. In fact, he plans to do better than them.

Being homeschooled, he is able to schedule his tuition in the night to enable him to work at the insurance company in the day.
He has a well-charted career path and believes that being an insurance agent is a good training ground to develop people skills. Developing his academic and social competencies in tandem will land him in good stead when he enters the job market.

Three years ago a 12-year-old had a serious discussion with me about the course he was planning to take when he gets into college. He quickly added that he didn’t want to be like some of the college kids who did not seem to know what they wanted.

I thought it was by chance that I met a child like him but as the years passed, such certainty and decisiveness were characteristics predominant with the Gen Z.

A cursory glance at this generation leads me to believe that the Gen Z have learnt, directly or indirectly, from observing the experimental ways and follies of the Gen Y. They have decided that taking charge and moving forward were the only ways to achieving their goals.

Their natural aptitude to connect with the global community equip them with skills and maturity to internalise information, to conceptualise their desires and to chart their path.

17-year-old Lee Zhi Qi jumps at every opportunity to do part time work. Even though her parents are not poor Zhi Qi works to pay for her iPhone and to buffer up her nest money.
Zhi Qi is on an 80 per cent scholarship and has just completed her first term of a business degree course in a private university.
“My sister pays for the balance but I have to work part time for my daily expenses and pocket money,” she said without a hint of begrudge or forlorn.
She reasoned that building a financial nest would eventually give her a better choice in career path and also to help pay for short courses in acquiring new skills.

As she speaks about her plans, Zhi Qi exudes a sense of confidence that says failure for her is certainly not an option.
“After my graduation, I will apply for a job as an air stewardess with SIA,” at this point I could barely hide my bewilderment. “It’s good money! It can give me the security while I search for the job I really want. Besides I need enough in my savings in case I want to start a business,” she explained.

Gen Z may well be the ones to cast aside the “exploratory and experimental ” approach to cater to the whims and fancy of the Gen Y consumers. It takes more than team building exercises to get them working together with others. You have to first earn their respect. They will be the generation shapers who will be attracted to elements that can help them acquire personal excellence. Unlike their fore runners, they will not mind climbing the ladder runk by runk so long as they get there.

The down side to this passage is the tendency for Gen Z to forego cultural and social values in their determination to achieve excellence.
How will this generation zap its way into our workforce and impact the consumer market? It’s time to look over our shoulders.