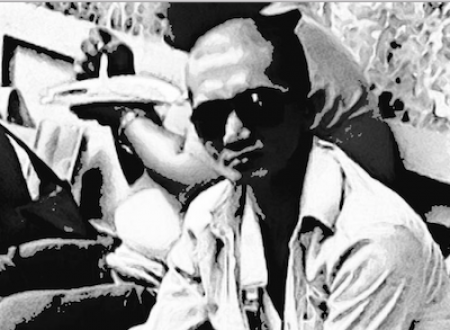 SIKS MIKAH takes a moment or two to reflect on everyday scenarios in and about the HR and corporate environment. He would like to hear what you think by presenting your views in the comment box.

Danny Wong – The cause of the emotional dilemma that I am experiencing now. No thanks to him I have to reassess my personal level of compassion and I don’t feel so good doing it.

This 63-year-old man was seated on some steps by the roadside in Kuala Lumpur when I first met him. I could see he was a tall lanky man even though he was seated. He had close cropped hair and clear fair complexion indicating he hasn’t been in the sun much.

I asked him how old he was in Cantonese and he replied in English and that he was looking for a job. Unlike the rest of the homeless on the street, he didn’t have any bags or luggage with him. He was in a Polo tee, shorts and slippers.

A faint tattoo was peeping from his left sleeve. I asked where he stayed and he stated matter-of-factly that he had been in prison several times. In fact,  12 times in 8 years he said. He was also frank about how he landed in prison.

Most of the cases, he said, were for drug offences and the rest were for all kinds of crime. He talked about it like most of us talked about our careers. To mask that look of surprise on my face I quickly asked what plans he had from then on, he replied he needed to think.

I couldn’t direct my attention away from his close crop haircut.  I asked when he was last in prison he replied “Two days ago!” Hence the haircut.

Danny continued to explain that he was caught 5 months ago for peddling 500gm of drugs. “but I thumbprint and got out after 5 months.” I couldn’t understand what that meant so Danny elaborated.

“There wasn’t  enough actual morphine in the drugs to hang me. Jesus loves me. Many times I should hang but I didn’t…. I have gained nothing but a lot of life lessons and  experiences from being in jail. I didn’t even have 5 cents in my pocket when I came out. Maybe I can use these experiences to help others in society.
“I don’t want to sell drugs anymore. Besides, all the police know me in Bukit Bintang and here.. They would ride pass me on their motorbike and call Danny! ”

At this point, I couldn’t help wondering if I should just walk away politely and forget about him.

He continued: “I want a job as a security guard. I also want to go to my parents’ graves in Sungei Besi during Qingming with the hope of meeting my two sisters. I am the only son and I want to sign over the right to move the graves to my sisters so that they can take my parents home as you can see..”, he waves his hands around him,.” I don’t have  a home ”.

Whether in cash or kindness, most people I know would not find it difficult to give especially for obvious needy cases. However, the real test for most of us is in giving to those whom we feel are undeserving.

I must admit, it did cross my mind that Danny had brought this onto himself and for all the harm that he had done by peddling drugs and by committing robbery he didn’t deserve another chance.

But something stopped me from walking away. I would like to believe that it was years of conditioning to CSR that kept me standing there. CSR is a trending term today in personal development. It is one of the most important unacademic skills that marks good leadership. But caring doesn’t come easy or naturally to many.

Danny makes me reassess my own levels of humanity and compassion. He makes me wonder why I had to make a conscious effort to keep an open mind in listening to his story. Could it be the way how he appeared so blase with how his life has turned out? Could it be because I expected him to look absolutely remorseful for all the crimes that had landed him in jail 12 times?

I had just offered shelter to a homeless seated next to him, should I offer him the same? Why do I need to ponder over this question?

Compassion is indeed an important element in the making of an effective leader. While this is true I didn’t learn this from books. I used to manage a team of 70 people who also work on shifts. I used to be a commanding leader because I was highly result oriented. But then I also had a lot of frustration because the more I went on the lines of how a great product would augur well for the team the more difficult it was to get the team to perform at my expected level.

Not until I had decided to take a step back and sat down with everyone of them to get to know more about their daily lives and what drove them. We chatted on subjects ranging from their aged mothers, kids’ schools to wanderlust of a young employee. Even though I did not have solutions to most of their predicaments, to know that I cared enough to listen, was good enough for them to go that extra mile.

So, coming back to Danny Wong, meeting him helped me to assess and check my own level of compassion. Such an experience could help awaken a young aspiring manager to step out of his own life and into someone else’s to develop that sense of empathy.

Will I give Danny a chance to do something good for himself and for the community? Can I trust him?  Will you give someone like Danny that chance #whatdoyouthink?

(Siks Mikah believes humility opens doors inward and outward. These are the writer’s own views and do not represent those of D Jungle People.)