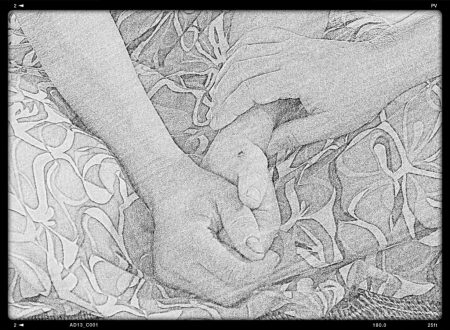 Compassion will prevent you from being a bully at work or anywhere else.

At one time or another in our lives, we would have been bullied. Or, for that matter, have been a bully ourselves whether the victim is a sibling or a classmate.

In fact, the act of bullying is perhaps as old as prostitution itself. Not that there are any more cases now compared to a decade ago but there is certainly more talk about it now. We all shake our heads in disbelief whenever we watch a viral video on social media about some teenager being bullied or some road rage incident where someone somewhere is being bullied.

Whether it’s a two-minute clip of a group of tudung clad girls ganging up to beat up another girl at some remote hostel in East Malaysia or a young motorcyclist using his helmet to smash the windscreen of an old Proton driver, someone out there is getting the shorter end of the stick.

Last week I read about a young Laotian girl named Noi who left her village to be a cook in the household of a business man in Vientiane. She was 16 years old and used to work in her village as a cook in a food stall.

Her family were poor farmers. Their situation was made worse when the village went underwater during the big flood in 2015. Then Noi decided to look for work as a cook in the city. It was the beginning of her nightmare.

She had to work long hours washing, cooking, and looking after 6 children. Her work day was from dawn till past midnight. Because the children saw their mother beat Noi they too bullied her by getting her to be at their beck and call. And if she was slow to respond they would pull her hair.

Without proper rest and food, Noi became less efficient and often got yelled at or beaten. Noi was scared and hungry all the time. She could not retaliate because she had no one nearby to turn to and her employer was keeping her salary.

Some may call this abuse but I see very little difference between bully and abuse. In any case, one would lead to another.

When someone, who is more superior and has greater influence, misuses his position to instill fear and to threaten another person’s peace of mind – that’s clearly a bully.

The emotional hurt and knocking at a victim’s self-confidence can have a very long lasting effect on him. What’s also distressing is when the bully is a person who has been given the task to protect – like a teacher.

Seven-year-old Charlie is not a top-of-the-class kind of student who attends a Chinese medium school. It was bad enough that his classmates poured water into his school bag but the school teacher just stood by and watched without stopping them.

In a school that is so result driven there is no room for slow learners like Charlie. He was ignored and left to sit at the back of the class without understanding much of what was being taught. As he fell behind in his homework, which he began to hide under his bed, he continued to have a hard time being screamed at and punished by his teachers.

This vicious cycle could have easily been broken if the teachers realised that by not teaching Charlie properly and punishing him for not being able to perform, they were bullying him by letting him fail through lack of due attention. Hence, Charlie continued to fail.

This definition of bullying unfortunately also applies to the corporate world.

Corporate bullying exists when a superior does not give clear instructions and directions to the subordinate and expects him to perform up to expectation based on the subordinates own thinking of what is required.

And when he makes a mistake and doesn’t meet up to mark he is then constantly badgered with criticism – that’s how a corporate bully operates! And the victim will be like the Laotian girl who kept getting knocked over the head with a ladle for not being able to juggle looking after the 6 children and cooking the three meals in time.

One such person was Michael Chan who was determined to meet the expectation of his manager. He tried his best to do what he was required but is always met with disapproval. Before he joined this logistic company he was a senior manager for another consumer product outlet. Michael thought he was ready for a step up in his career by joining this company.

He soon found that giving his best was not good enough. He was keen to learn but his colleagues were quick to criticise, creating a non-conducive environment for learning. His colleagues, even the junior ones, took the cue from the manager who was not too discreet about his disapproval of Michael.

Even though he was not physically beaten Michael’s self-confidence was battered virtually to a pulp. It didn’t help that a clique culture was prevalent in the office. Compassion was absent and little or no consideration was given to getting to know if he had strength too, that they could develop.

He continued to soldier on but lived each day in misery.

Then it became clear to me that there is great similarity in the three stories. They were all, in their own way, victims of bully by people who could have made a bigger difference – a positive one – in their lives if they had a little more compassion.

Compassion will help us check our attitude and behaviours toward others especially if we are in the position of influence.

Siks Mikah gives a moment or two to reflect on everyday scenarios in and about the HR and corporate environment. He would like to hear #whatdoyouthink? about the views presented in the comment box.

Workplace miscommunication is a tragedy. Here are 5 tips to avoid it.

Even though no one intends to miscommunicate, it still happens at a very high cost to businesses.